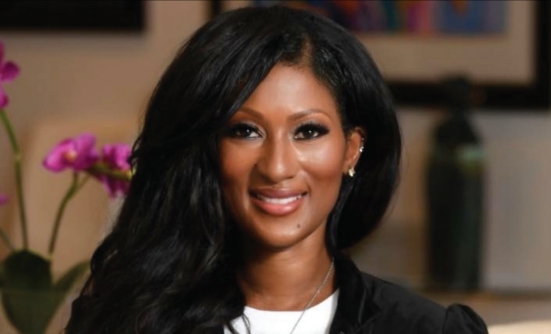 Maimah Karmo was diagnosed with stage II triple-negative breast cancer at age 32. After her diagnosis, she was emboldened to fight against the injustices and inequalities black women face in navigating medical care.
February 2022 Vol 8 No 1 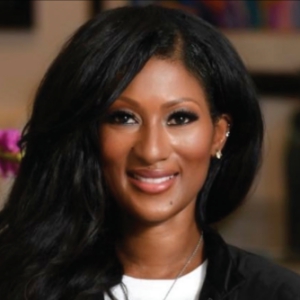 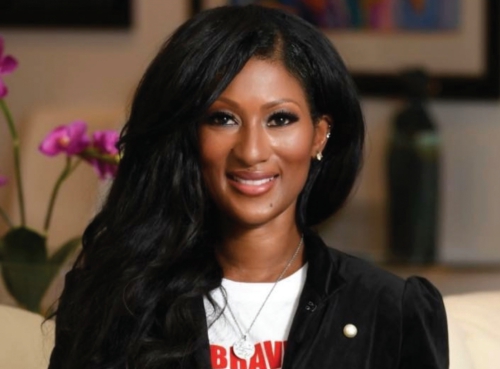 People often ask me what life is like after being diagnosed with breast cancer at age 32. I tell them it’s like getting on a plane and heading to a certain destination.

But then the plane lands and you get off, only to realize that you are not where you bought the ticket for. Nobody speaks your language, and every guidebook you brought with you is foreign. And then bombs start being dropped all around you, and every decision you make from that point is going to alter the course of your life.

Up until I was diagnosed with stage II triple-negative breast cancer in 2006, I was traveling on the path I had planned for myself. I had a partner and a young daughter, and knew where my life was going.

Doctor on My Side

My mother taught me the importance of breast exams at a young age, thinking that if I knew my body well and early, then if something changes, I would know what to do about it. She also taught me the importance of having a healthy relationship with my doctor, so my gynecologist, Susan and I were on a first-name basis. She was extraordinary, and I am thankful that I had such a great relationship with her.

When I told her about the lump I felt in my breast, she didn’t dismiss me and tell me that women my age don’t typically get breast cancer. Instead, she gave me a referral to a surgeon, and helped me work through the logistics of getting my insurance company to approve the mammogram, which is normally approved and covered for women in their 40s. Then we had to wrangle with the doctor's company about the biopsy.

Age Is a Number

The surgeon I initially saw, said that she would do an aspiration, which was unsuccessful. To me that indicated that it could not be just a cyst, and that I should have a biopsy. The surgeon, however, said that I should come back when I was in my 40s for another screening, because women my age don’t get breast cancer.

It took 6 months of constantly calling the doctor, but I was relentless, and eventually got a biopsy done. The next day, I was diagnosed with breast cancer. I was 32. If I had waited until I was in my 40s to get the biopsy, as the surgeon suggested, I might have been dead today.

I had a friend who also found a lump in her breast as a young woman, but for 6 years she was dismissed by her doctors, until her nipples were bleeding. So, unlike me, she now has metastatic breast cancer, because she was denied the chance to have an early diagnosis.

The differences between our experiences highlight the role doctors and healthcare policymakers can have on real people, and how they can help, hinder, or even lead to death.

At the time that I was receiving treatment for cancer, no one told doctors that they were wrong. A patient couldn’t talk to people who were involved in setting healthcare policy and question the rationale for cancer-related screening ages.

I started questioning why it was like this. I began to ask, “Why can’t we change the age at which women can get mammograms? Why can’t we question doctors’ decisions? Why can’t we talk to women about breast exams at a young age?”

As I was undergoing treatment for breast cancer, I heard from many other young women, particularly women of color, who had similar experiences, feeling dismissed, ignored, and forgotten. After my diagnosis, I wasn’t sure if I was going to survive, but I made a promise to myself that if I did, I would work to help these women.

Black women with breast cancer have a 40% higher death rate than white women. That is caused by many factors, including being dismissed by doctors, not having access to proper cancer screening and cancer care, and systemic barriers.

Many black families are headed by single mothers. If a mother must choose between taking care of her kids or leaving them alone to go to cancer treatment, they’re going to choose their kids, so adherence to treatment often becomes a problem.

My partner left the family during my cancer treatment, and I became a single mother overnight, struggling to take care of my child and myself, while navigating a cancer diagnosis and the fear that came with having triple-negative breast cancer.

Making sacrifices for your children is something all parents understand, but when the mother has cancer, those sacrifices can sometimes be a matter of life and death.

Although many women are comfortable speaking to their care team about their difficulties at home during cancer treatment, many black women are single mothers, distrust support services, and fear that they will be labeled as a bad mother, or that their kids will be taken away from them if they say they are struggling, even if that struggle is the result of undergoing cancer treatment.

Many doctors may not realize that this is a problem, or that they don’t understand what their patients of color are dealing with. If you can’t see things through the lens that women of color live in, you really can’t help us.

Another issue faced by black women is dismissal by their doctors, even if it’s not intentional or acknowledged. I remember experiencing horrible itching for hours at a time after starting treatment with a new drug, but when I told my doctor about this, the doctor said that itching was not a known side effect of that drug, and that I should try Bena­dryl. I nearly stopped that cancer treatment, because the itching was so bad.

Yet, a few years later, when I was at a session with breast cancer survivors, and after I mentioned this issue, other black women said that they had the same side effects with this drug.

Not Represented in Clinical Trials

Black women (and men) are historically underrepresented in clinical trials, so it is no surprise that we don’t know about side effects of new drugs that may affect black women different from white women, because they were not studied in black women. But black women should not be dismissed so quickly when we raise concerns over these side effects.

If women from communities with the highest breast cancer death rates are not included in our real-life experiences and are not being considered in the solutions, then targeted treatment solutions cannot be created for us, black women.

The US healthcare system works for some people, but not for all. We could discuss clinical trials or health equity, but lack of knowledge and biases color the way the healthcare system treats people who need help. My goal is to address this problem and change the system, to eliminate barriers to care for black women, by shining a light. As Dr. Martin Luther King said, “Darkness cannot drive out darkness; only light can do that.”

I started the Tigerlily Foundation (www.tigerlilyfoundation.org) in 2006, while I was in treatment, to educate, advocate for, empower, and support the women before, during, and after breast cancer. Our vision is to end disparities of age, disease stage, and color. Although historically we focused on breast cancer, my vision is to develop solutions that span across cancer type and disease stage.

I grew up in war-torn Liberia. My mother was a nurse, and I spent much of my childhood watching her teach women how to become nurses. Many of her students had significant financial, geographical, health literacy, and other difficulties, but she approached all of them with compassionate care and love. My father taught me the importance of believing in my difference, meaning that I’ve always been someone who followed the beat of her own drum.

My advocacy work has a similar course. I encounter women who are held down by the system, who don’t have enough social or financial support, or who don’t believe that they can get out of the situation they are in. My goal is to give them the same compassion, love, and hope that my parents gave to me.

My ultimate goal is to inspire black women to think about how they could use their power to bring about change in cancer care, because we need change. I also work with allies to help them see how to use their privilege for power.

Two of my white friends with breast cancer were being invited to speak on panels and take part in conversations with healthcare stakeholders, but black women were not always invited for these conversations, so we did not have equal representation. My white friends agreed that they would not participate in any panel or any board that did not have black or brown women represented.

In 2019, I put this initial commitment “on steroids.” This was the catalyst for the Tigerlily Foundation to launch the #Inclusion Pledge, which aims to hold organizations accountable to making specific, measurable changes that will result in dismantling systemic barriers and will create solutions that will result in health equity for black women. Since then, we received more than 10,000 signatures for this pledge from individuals, small businesses, pharmaceutical companies, policymakers, healthcare providers, and more.

It’s important to highlight these stories, because this has been my reality and the reality for so many women like me. Although I am now cancer-free, countless other women are just starting their journey with breast cancer, stepping off that plane, and wondering how they got to this strange, new place. If we don’t continue to work to provide solutions and end barriers, countless women will die.

When I was first diagnosed with breast cancer, I felt so lost, as if I was navigating this new world by myself. I may not have known where I was going, but I found my way home in the end, and in the process, I hope to have blazed a trail for all those who come after me. And I hope I have ignited a light that will blaze a trail and will inspire others for years to come. 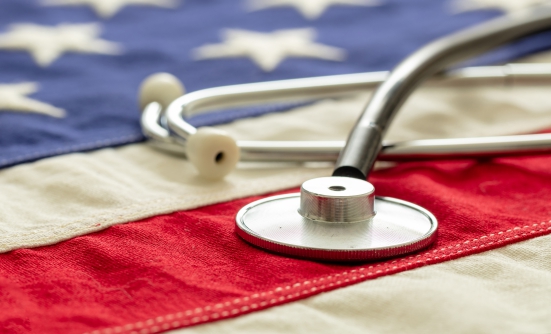 Disparities in Cancer Care
Understanding Health Insurance Access in the United States: What You Should Know
A look at public insurance, private insurance, and the uninsured, and how each impact care. 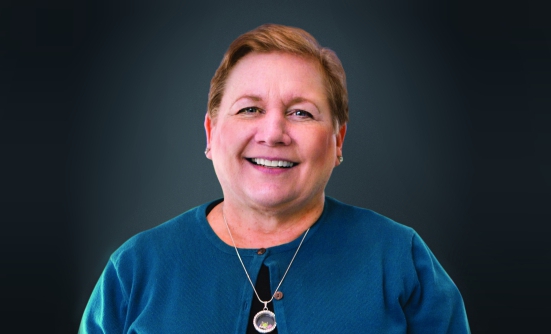 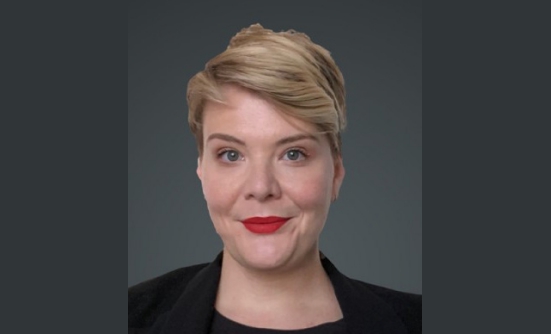 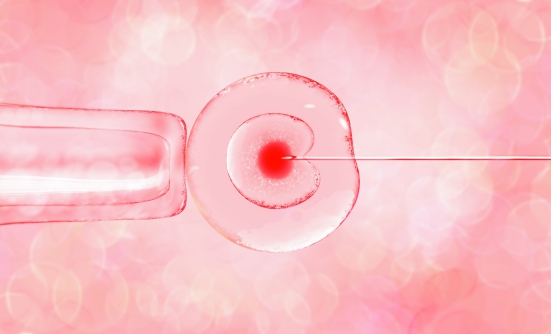 Fertility PreservationBreast Cancer
A Family in the Future: For Young Adults Diagnosed with Breast Cancer
By Caroline S. Dorfman, PhD, Jacklyn Balliot, BSN, RN, OCN, Juliann M. Stalls, PhD, Cheyenne Corbett, PhD
A look at the treatments that can impact your fertility and your options to preserve it.
Last modified: March 10, 2022 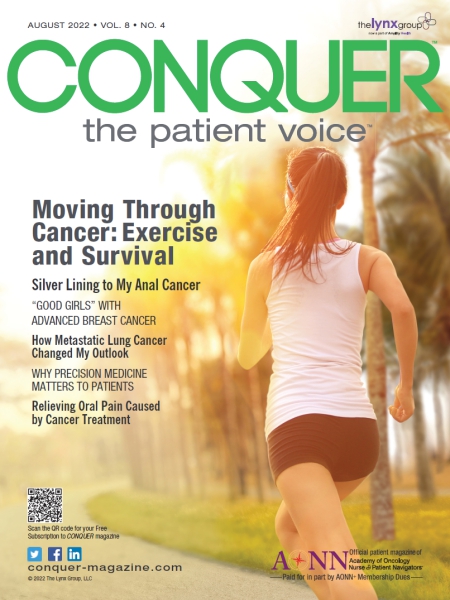